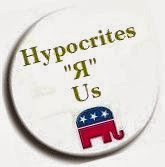 One of the problems with conservatives is their brains don't work the same as the brains of normal people.  Because science so often interferes with their ideologies, science becomes a "bad" thing and not to be trusted.  Therefore, climate change is merely a liberal plot which will cost corporations more money to clean up the crap they spew into the atmosphere.

No doubt the latest report by the ICC which claims with "extreme confidence" that global warming is caused by humans will be met by conservatives with disdain and will be rejected as another rung in the ladder of "liberal plots" which have as their goal to do in the "one percent" who do so much for this country.

The evidence, however, is in.  "[...] the evidence of climate change has grown thanks to more and better observations, a clearer understanding of the climate system and improved models to analyze the impact of rising temperatures.

["...] the atmosphere and oceans have warmed, the amount of snow and ice has diminished, the global mean sea level has risen and the concentrations of greenhouse gases have increased."

The rise in sea levels will be more than expected previously:  10-32 inches by the end of the 21st century.  That will probably mean the end of our coastal areas and some of our largest and most significant cities.

Don't listen to the howling morons on the right!


Somehow, for some unfathomable reason, the serial adulterer, and the one most responsible for our current gridlocked situation in Washington, Newt Gingrich, was given a gig by CNN.  He's now a host on "Crossfire."

Seems, though, he's up to his old chicanery.  When Rand Paul and Ted Cruz appeared on "Crossfire," ol' Newt neglected to mention that his PAC had given money to both of them.

When Media Matters pointed that out to CNN, the news station said it was OK for Newt to host folks to whom he had given money without disclosing that fact.

CNN, being less a real news organization than a bump on the corporate log, has opened the doors for Newt and others to actually put together a political campaign and use their positions at CNN to publicize and support such campaigns!

Is this a great country or what?


Al Gore has not been heard from for awhile so it's good to see his smiling face brightening the political landscape.  God, how I wish he had been given the presidency that he actually won in 2000 rather than that nogoodnik hack from Texas who actually didn't win.  What a difference that would have made in the years from 2000 to 2008!  We would have had a stable and growing economy and no war in Iraq!

Referencing the current hullabaloo in Congress which would be comedic if it wasn't so serious and if it didn't portend a future of more governmental functional disability, Gore said that the Republican Party is guilty of "political terrorism."

In a recent speech at the new Brookings Institution's Center for Effective Public Management, Gore said:  "Why does partisanship have anything to do with such a despicable and dishonorable threat to the integrity of the United States of America?

"And now you [the Congressional Republicans] want to threaten to not only shut down our government but to blow up the world economy unless we go back and undo what we did according to the processes of this democracy?  How dare you?"

As I wrote in a post yesterday, such threats are traitorous for the politicians involved have invalidated their solemn oath to defend this country from all enemies, foreign and domestic!  In fact, they have become the enemies domestic!


Bill O'Reilly, the erstwhile television clerk on the FAUX network, is going to write a new book:  "Killing Jesus:  A History."

Why would Bill, neither an historian nor a theologian, want to do such a thing?  Well, the Holy Spirit came to him in the middle of the night and God told him to write it.  It's part of God's plan for his life!

Several things come to mind.  Bill has never let reality interfere with his belief system.  His previous book on Lincoln was panned by critics for a number of egregious errors.

Where is Bill going to get his information about Jesus?  Doubtless, it will come from the Gospels.  The problem with that is they are not histories.  They are evangelical tracts written by persons unknown between 30 and 70 years after Jesus supposedly lived.  They cannot, therefore, be utilized to construct a biography of Jesus.  And that creates an even larger problem for ol' Bill because there are no other records of Jesus' life anywhere.  The Romans, who kept meticulous records of the events in their far-flung empire, know nothing of this man.  Other historians and writers of the time never mention him.  According to the Gospels, this fictional Jesus never wrote a word.

For the above reasons along with many others a growing number of Biblical scholars have concluded that the Jesus of the Gospels is not an historical figure.  He was created by these unknown writers to give "life" to Paul's mythical Christ.  So, if Bill is going to write a book about "killing Jesus" he has his work cut out for him as he has nothing to work with.  Even those Biblical scholars who believe in an historical Jesus admit that the stories relating to Jesus' crucifixion, death, and resurrection are so garbled and contradictory and impossible they mean very little.

And Paul offers no help for Bill as he makes up his story for Paul has no interest in an historical Jesus, either.  His Christ lives in the first heaven (Paul believed in seven heavens) and whatever his life on earth was like, or what he taught on earth or what he said on earth was of no concern to Paul.

But I guess when you think about it, none of this should bother ol' Bill at all.  Hells bells, he works for FAUX News and they make stuff up all the time!


Keith Alexander is the director of the National Security Agency.  Since 2006, the NSA has been listening in on our conversations without Congressional or court oversight.  Now, Mr. Alexander wants to collect "the phone records of all Americans."  At least that's what he said at a Congressional Hearing yesterday.

He wants to put our phone records in a "lockbox" that will be searched only when necessary.  I am not making this up.  I am naive, perhaps, but this is not the nation in which I grew up and which I have loved since my youth.  This is something else, something dark and nasty and fetid and futile and filled with evil!

Al Gore said, "In [a] digital era, privacy must be a priority.  Is it just me, or is secret blanket suveillance obscenely outrageous"

Yes, Mr. Gore, it is "obscenely outrageous."  And it's our government that is doing it!

We have a right to privacy.  Rather, we used to have a right to privacy.  Totalitarian states always begin slowly and secretly by using the sinister promise, "We're just doing this to protect you.  There is a great danger [read Communism, Fascism, Nazism, Terrorism] out there and we want you to be safe.  If that means we have to tread on your freedoms, well, that's just too bad.  Don't argue and don't you dare to enlighten the country as to what we are doing under the cover of night or we'll put you in jail for so long your nails will stop growing!"

The NSA and the rest of the spy machine that has turned inward love people like Sen. Saxby Chambliss (R-Ga.), who speaks for many when he said that everyone in Congress knew about this stuff, "it's nothing particularly new."

If "everyone" knew, and you knew, Mr. Chambliss, then everyone is culpable in destroying a basic freedom guaranteed by the Constitution of the United States.  Once again, "everyone" in Congress has violated their oath of office!


The so-called One Percenters in this country work very hard to keep their money, much of which they stole in a variety of ways.  Many of these people claim to be Christians.  Which is quite hilarious when you think about it, for the Bible declares that the love of money is the root of all evil.

It is right, I think, to assume that those who claim to be Christians should have at least a passing interest in following Jesus' teachings.  But that's really hard for the wealthy to do because the Jesus of the Gospels had nothing good to say about rich people!

The Gospels of Matthew and Luke tell a story about a rich young man (or ruler) who came to Jesus to ask what he had to do to inherit eternal life.  In both tales, Jesus suggests the young man follow the commandments.  When the young man says he has done that, Jesus says he must sell everything he has, give it to the poor and follow him.

[Seems that all the so-called Christian Republicans in Congress who voted to cut food stamps for millions of poor Americans missed this particular passage!]

The next thing Jesus says is brought to mind by my friend, Art Woodstone:

"'Again I tell you, it is easier for a camel to go through the eye of a needle than for someone who is rich to enter the kingdom of God.'

"So, why should that one percent [or, more realistically, that fraction of the one percent] care?  For them, having all that obscene wealth and being able to flaunt it, is heaven here on earth...so long as the other ninety-nine percent of us keep out of their business and stop freeloading.

"Paul Krugman labels them 'sociopaths.'  Seems extreme, but I think he's on to something."